The average person has a lifestyle that would need 5 earths to support it if everyone lived the same. Now more than ever with frequent extreme weather it’s important that we all do what we can to reduce the environmental footprint we leave on the world.

By far the single change an individual can make to reduce their environmental impact on the world is to eat less meat and dairy. The greenhouse gasses from meat and dairy agriculture are a far bigger output than fossil fuels.

Even just going meat and dairy-free once a week adds up to a huge difference. I’ve created over 200 healthy and easy plant based recipes.

Meat and dairy is also the biggest user of freshwater and this is vital to sustain human life. Many parts of the world are currently suffering long and severe droughts meaning future freshwater security is in danger. Two-thirds of the world’s populatio are n expected to face water shortages by 2025.

In many cases there is no other feasible option but to use a car. However, you can easily change your driving habits to save money and fuel.

Reduce your fuel consumption by 1/3:

Think about every journey whether it is essential. I live 10 minutes walk down a lovely footpath into town and I’m always amazed at the number of people that drive in, some even drive 2 minutes to the corner shop. Walking also has many health benefits such as improved mood and weight loss.

If it’s too far to walk then think about cycling. A tip I often hear is an E-bike is a great investment as it makes people likely to bike in bad weather. Cycling is lovely on a summers day, but it’s a totally different story during a wet and windy cold day. Many people say an E-bike makes them use the bike way more throughout the year. I hope to purchase one soon to test out this theory as it sounds very likely. 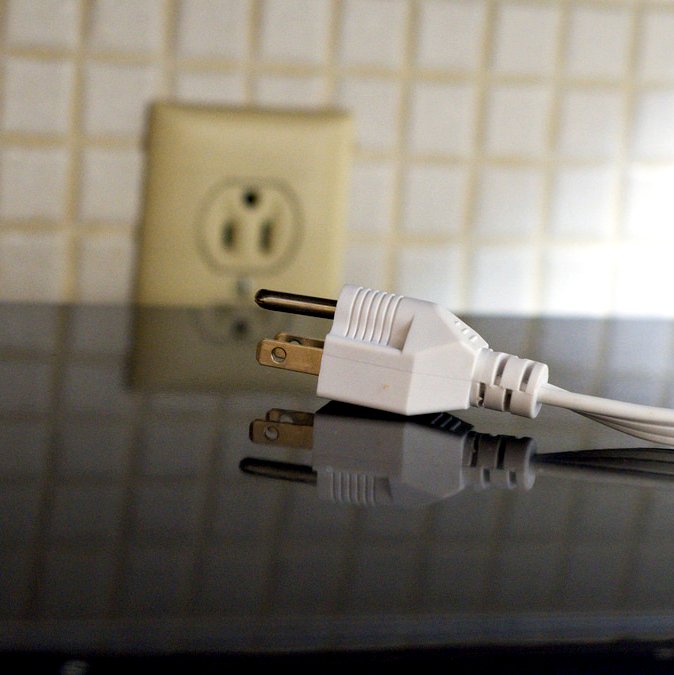 If a device, like a phone charger, is plugged in and on it will still draw electricity even if no phone is plugged in.

If you’re in a country where sockets have switches, like the UK, always keep anything unused off. If there are no switches always unplug.

This is known as phantom power and costs the average home £30 / $40 a year for absolutely no benefit.

4, Eat Local and in Season Food

With the advent of big supermarkets now most fruit and vegetables are available all year round. This has a huge cost as they are shipped in from all over the world and often grown in places where there is an environmental impact. Also imported food often doesn’t taste that good as they are grown for transportability, shelf life and appearance rather than taste.

Try eating seasonably and just having food that is grown near you. It will often be picked when it’s ripe and full of nutrition unlike most commercial food that is picked unripe and never properly ripens.

It’s fun to eat seasonally as you look forward to only having certain foods for a short period of time in the year.

A great way to do this is to get a local fruit and vegetable box. Mine in Brighton UK is 100% local in the summer and spring but during winter and autumn, they include some boat freight products as they know they would lose even their most loyal customers just giving apples, carrots and potatoes for months on end. Like everything do the best you can and small things add up to a big difference.

If you can, try to get organic as they are not sprayed with pesticides that have huge effects on the local wildlife. 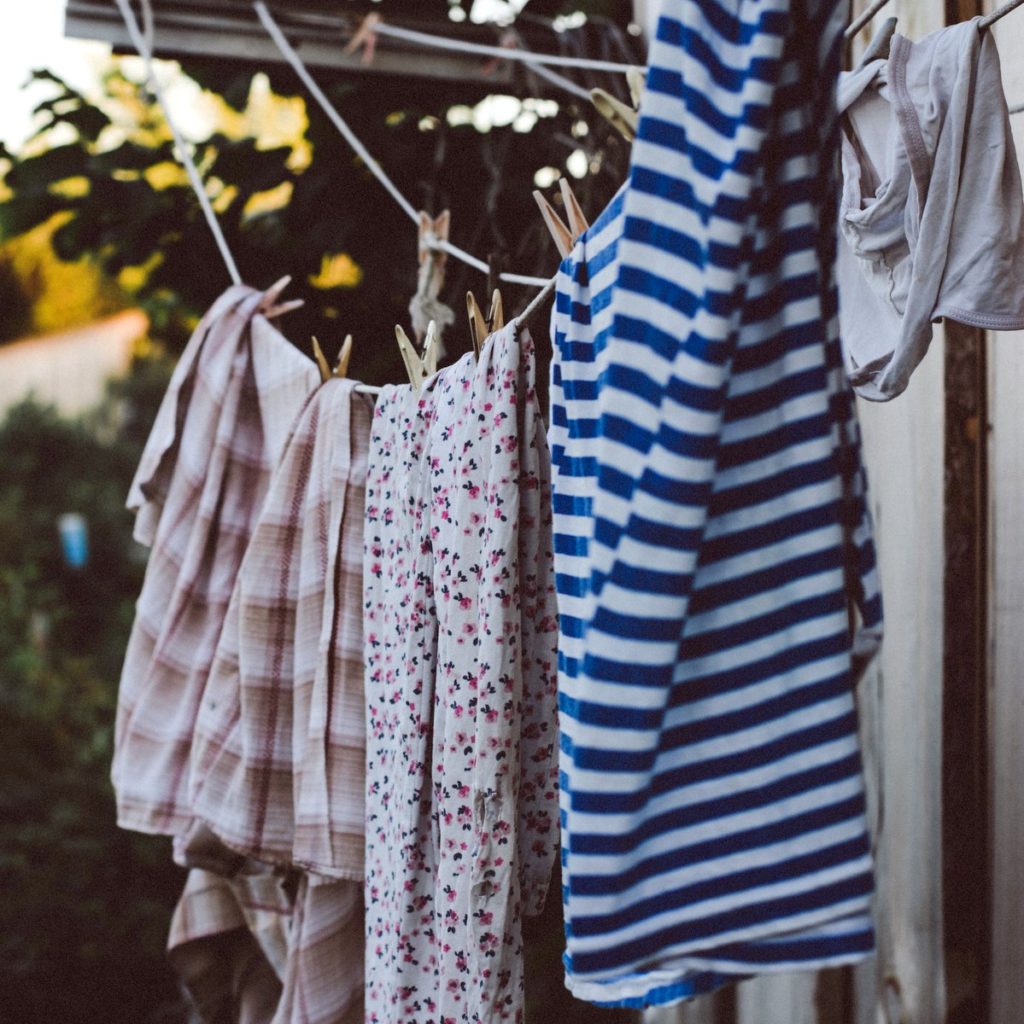 5, Dry Your Clothes Outside

Tumble dries are one of the biggest energy-consuming appliances in the average home with some driers using 5 timers more energy than a washing machine! Their popularity has skyrocketed in recent years especially in Europe.

There’s nothing wrong with the old style of drying clothes on a line. I live in damp England and dry my clothes year round outside. I have built a shelter for my washing line and if it’s predicted to rain then I move it out of direct light and into the shelter. If the ground gets dry during the day then its suitable for drying clothes.

Driers are also the leading cause of household fires, if you do have to use one never leave it running unattended.

6, Turn The Temperature Down

Often people stick to having the thermostat at exactly the same temperature all the time. It’s better for your health and the environment if it’s cooler in the winter so your body doesn’t get a shock by such a difference in temperature when you go outside.

Try lowering the temperature in evening and nighttime rather than having the house always at the same temperature. A lower temperature at night is beneficial for sleep. There are now lots of devices that can control your thermostat and report saving people up to 20% energy a year. This is also good for obesity as the body will have to work a bit harder to get an optimum temperature.

7, Give Up Paper Towels

Instead of using paper towels in the kitchen just recycle all your old clothes into rag cloths instead.

I cut all of mine into squares and keep in a jar. When I spill something or need to wipe up I reach for a rag to clean it up. Store all used rags in a container and wash and they will last you for years. 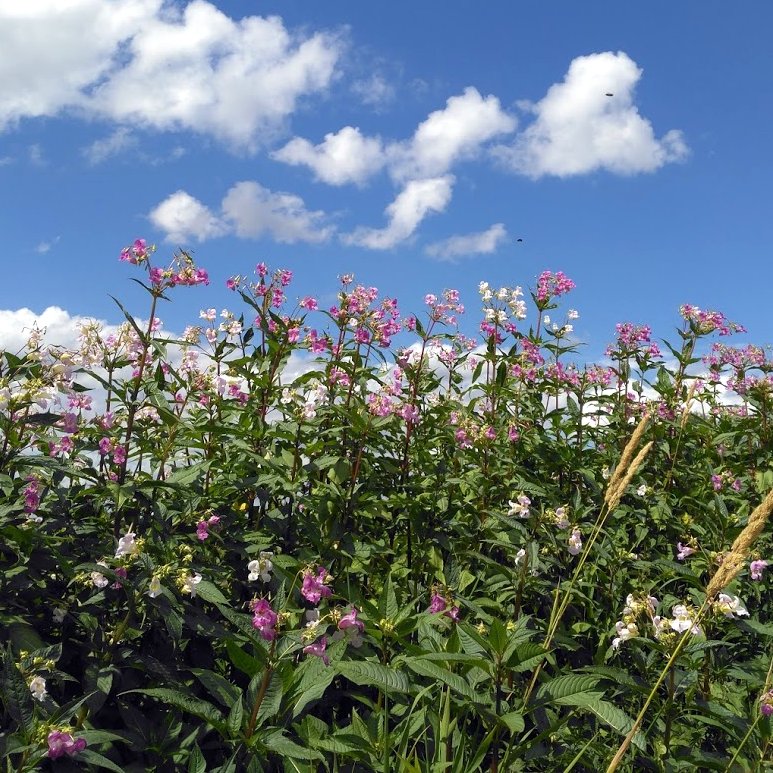 We all know about photosynthesis and plant’s converting CO2 to oxygen but it’s something too often overlooked.

If you live in a tiny flat try growing some window boxes in a bright space. Or if you have a balcony grow some plants in containers.

For people with a garden grow a selection of wildflowers that will benefit local bees. All too often gardens are just lawns and this is terrible for biodiversity, not to mention often a huge waste of water where people constantly want a green lawn. Grow food not lawns is one of my favourites FaceBook pages for inspiration.

Clothes are very affordable these days leading to a culture of buying the latest trends only to be binned after a few wears. The shops push an agenda of seasons to encourage wasteful behaviour.

If you buy a t-shirt for £1.50 it’s usually a false economy. It often won’t last and is low quality.

Unless your t-shirt is organic cotton it’s most probably genetically modified and sprayed with a host of pesticides.

Artificial fibre clothes take a long time to biodegrade and every time they are washed harmful microplastics are released into the water supply.

There are also lots of concerns over child labour in the fashion supply chain.

Stick to having a few quality items that are ethically sourced and you will also look individual with an identity. Vintage clothes, swapping with friends or repurposing old clothes is a great way to get ethical new clothes that don’t involve toxins or child labour.

The world is amazing and there is so much to see. But there’s probably lots near you that you haven’t seen yet!

I’m not saying never go abroad on holiday but how about thinking about somewhere that doesn’t involve a flight. I was guilty of this in the past flying to Asia and South America from the UK but these days I’m more likely to have a vacation somewhere in the UK as there is still so much to see. 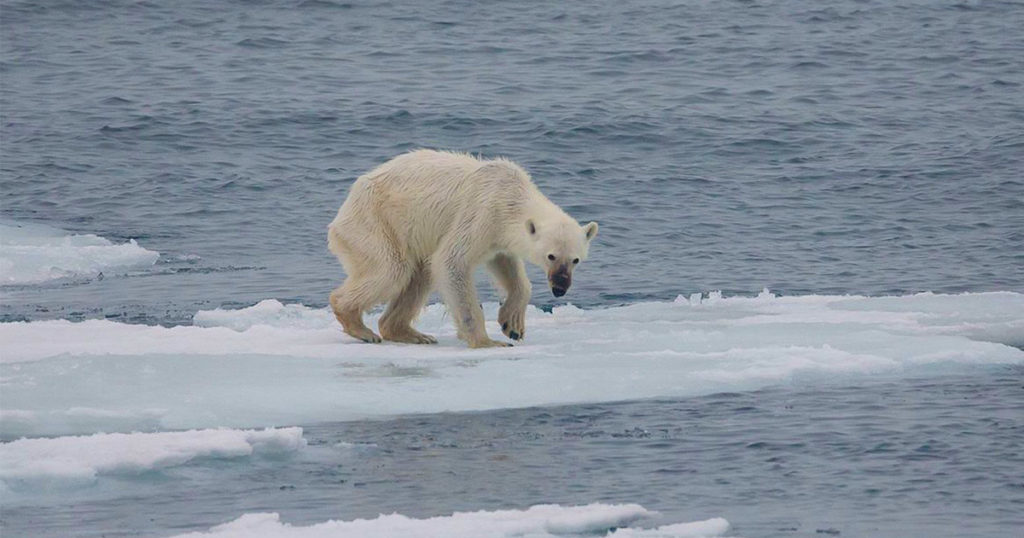 Why It’s Important To Reduce Our Environmental Impact

By changing our lifestyles we can make significant changes to our carbon footprint. This will save water, reduce waste and live a more sustainable life. Small changes by everyone add up to a big change that helps everyone.

The earth is currently experiencing extream weather patterns from droughts to hurricanes. If you can only do one thing then eating more plant based foods is the single biggest way to reduce our impact on the environment.

It’s difficult to draw connections from a single animal and climate change. But polar bears are facing extinction and rising sea level temperatures are making it more difficult for them to hunt. Long periods of reduced ice sea mean they can be stranded on land and unable to eat. It’s impossible to say this individual polar bear is starving but it’s very likely, more information from national geographic. Photo credit from AWeith / Wikipedia Commons.

Do you have any more tips to reduce your environmental impact? Please do share them below. I omitted obvious ones like reducing plastic usage.