Before you buy into this “new chocolate” there are some important things to note. Look at the claims and all is not what it seams with ruby chocolate.

Ruby chocolate has been dubbed the 4th chocolate after dark, milk and white by it’s creators. How ruby chocolate is made is a secret but a bit of research uncovers all is not what it seems.

This refers to a cocoa bean that has been processed to make ruby chocolate. There’s not a newly discovered variety of cocoa bean called ruby and the marketing around this product is misleading. Ruby cocoa beans are made from the same regular cocoa beans.

Cocoa beans grow in a purple pod and when unprocessed they have a purple tint. The purple colour is usually lost after fermenting so a change in this process could retain the purple colour that becomes pink once mixed into the final ruby chocolate. A patent from the makers of ruby chocolate indicates less processing is involved.

This colour is probably from less fermenting. Because it’s a niche product ruby chocolate costs more although less work is involved. Similar to the difference between cocoa and cacao and why cacao is more expensive.

Ruby chocolate has none of the deep cacao taste you expect of chocolate, indicating it hasn’t been fermented to develop the complex flavour tones. 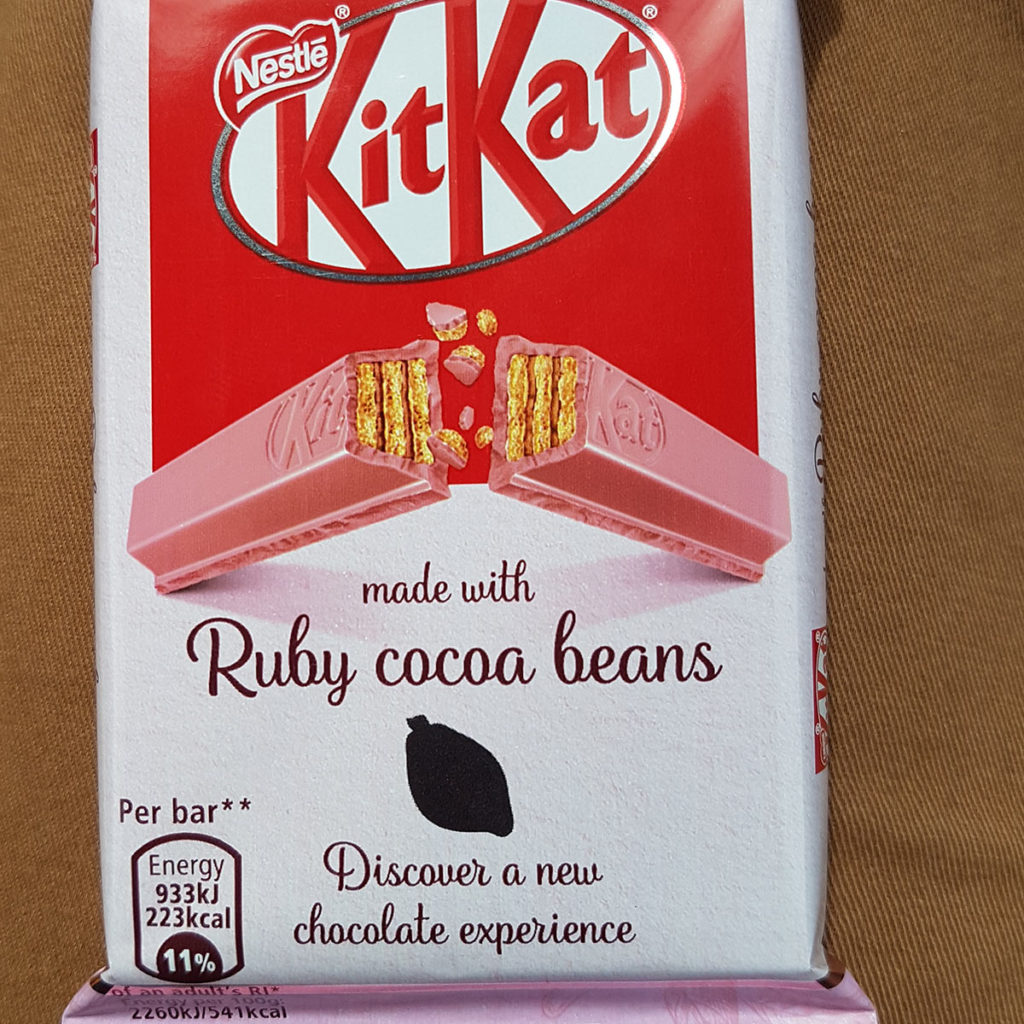 Eating With Your Eyes

When you taste food you don’t just use the sense of taste. Your other sensory functions of look and smell also affect the taste, weird but true.

When an artificial flavour is created they spend more time on the aroma than the actual flavour as the smell is interpreted by the brain and does significantly change the flavour. If you don’t believe me, try eating a meal with a peg on your nose and see how different it tastes.

Eating with your eyes is relevant to ruby chocolate as people (in my limited research) often say it tastes like berries and fruit. However if you taste it without looking the flavour is described as more of a tangy and sour.

Ruby chocolate has very little cocoa flavour so some see it as a cost-cutting product to make more money as lower grade cocoa beans could be used. 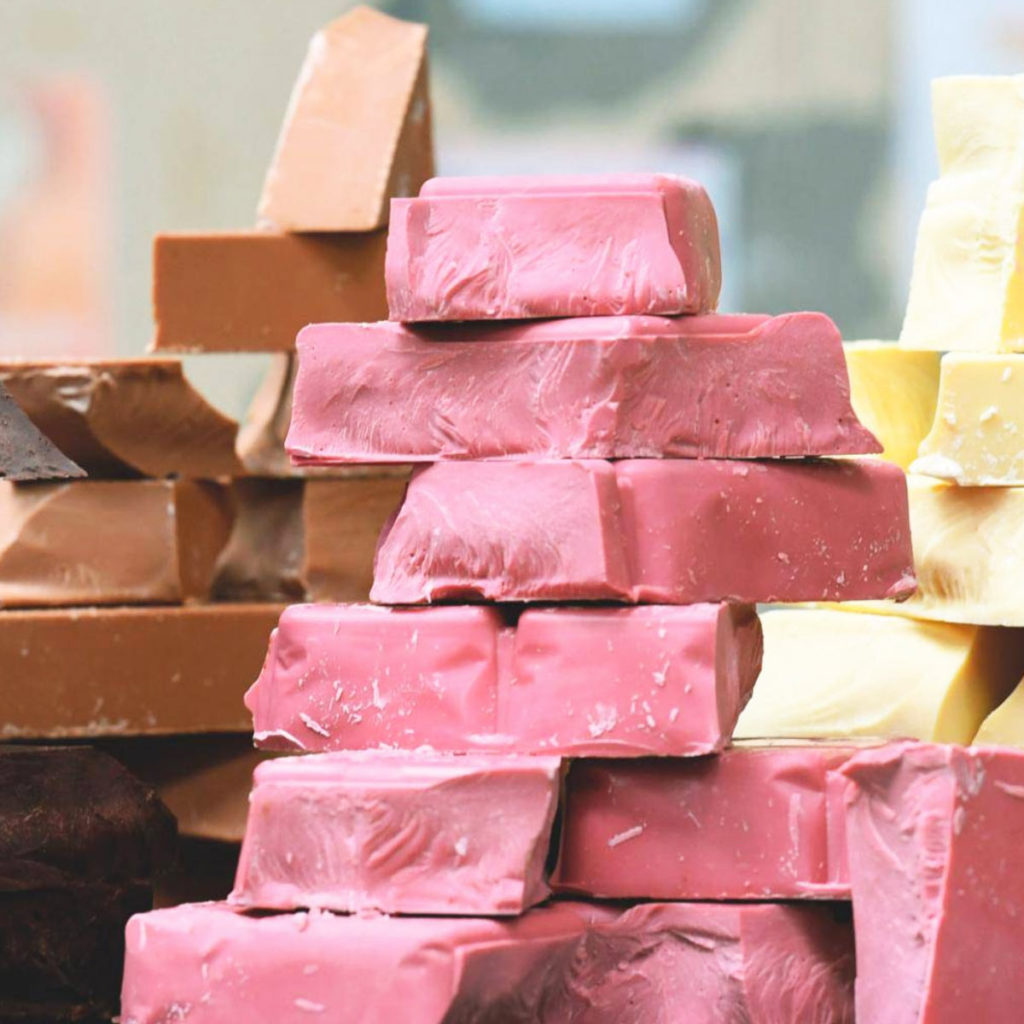 The secret ingredient, that’s not so secret as it’s on the packet, for ruby chocolate is citric acid.

This citric acid gives it the sour tangy flavour that many think tastes like berries as their brain sees the pink colour and berries are very acidic.

Many people have confused raspberry white chocolate with ruby chocolate. The whole point of ruby chocolate is that nothing is added to colour and flavour it. While the colour can be naturally achieved via processing a flavouring has almost certainly been added with the citric acid. Meaning ruby chocolate isn’t really much different to the similar looking chocolates that have existed for a long time, possibly worse as it doesn’t contain any real fruit.

I don’t want to stifle innovation, but ruby chocolate does seem to be a marketing ploy in the world of looking for ever more instagramable food. 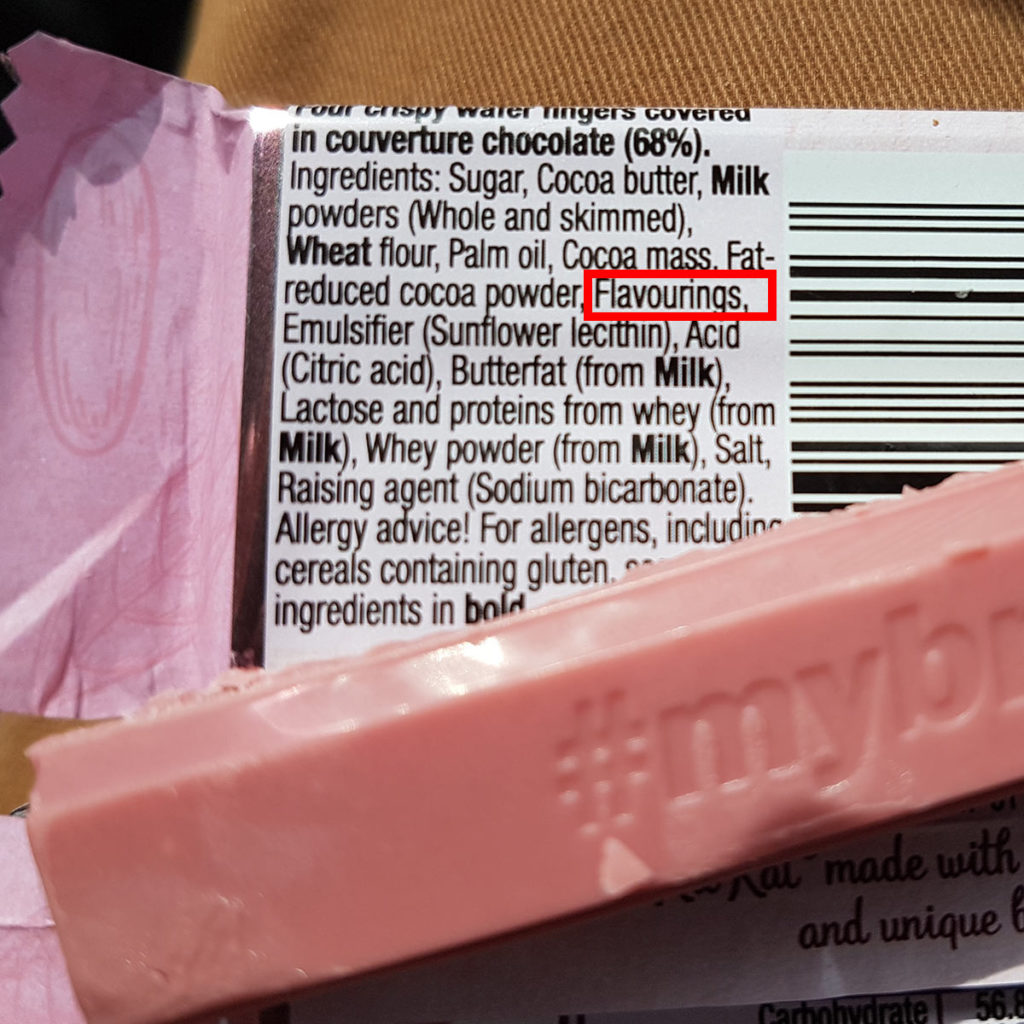 The only mass market product that contains ruby chocolate is the ruby Kit Kat by Nestle. This bar has added flavourings that really renders the whole point of this “new taste sensation” pointless.

The ruby kit kat is widely available in Tesco stores across the UK and has had a very mixed reception. Maybe the makers of ruby chocolate have struggled to get much attention for the alleged 4th chocolate as a high-quality premium ingredient so did a deal with Nestle to avoid stocks going to waste. 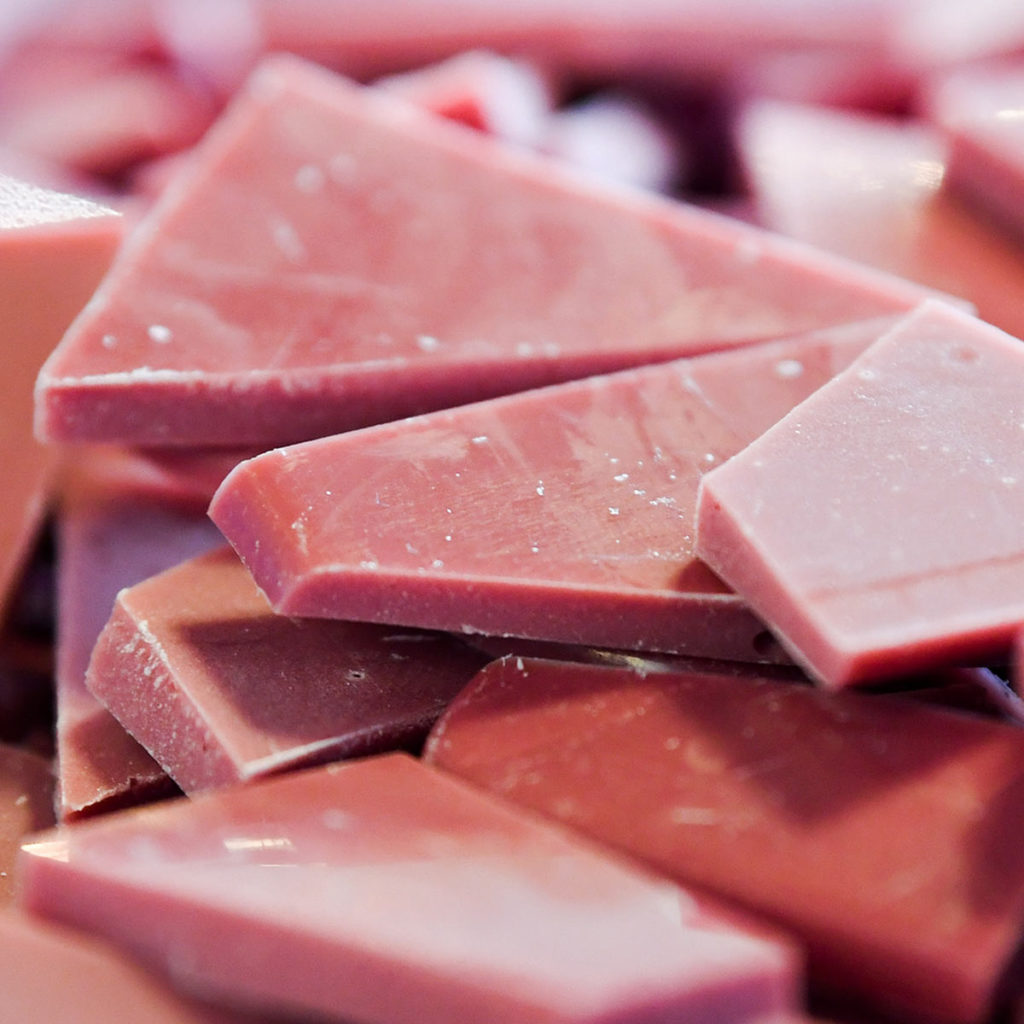 Ruby chocolate is just less processed white chocolate that retains the purple / pink natural colour and has some citric acid added to give sour undertones and trick the brain. It’s made by one company that’s very secretive and lots of the press around ruby chocolate has been misleading.

Let me know in the comments below what you think about my article on ruby chocolate. I thought it would be interesting to talk about it as couldn’t see anywhere exposing it for what it actually is – marketing. It’s certainly not a healthy product as it’s the main ingredient is refined sugar.

62 thoughts on “Revealed: Why Ruby Chocolate Is Fake”