Throwing away perfectly edible food is just like throwing away money. Many parts of foods that we commonly throw away are perfectly edible and often the most nutritious part. They may not be the most delicious and tempting foods but give them a try, it may save you a fortune in your lifetime and give you a nutrient boost.

All of the fruit and veg listed below can be eaten but it’s best to only eat organic the skin in normal produce often contains pesticides.

Don’t Waste the Nutrients From These Foods

The skin of bananas is perfectly safe to eat and contain many vitamins and minerals (notably B6, B12, magnesium and potassium Source LiveScience). However, they don’t have a great texture or taste so most consider them inedible but they are not toxic. Banana skins are usually boiled or fried before eating but you can add a small amount to a smoothie. Some Asain dishes cook with the banana skin in the pan. You can just steep in freshly boiled water for 10 mins for banana tea. I like to finely grate some banana skin into banana bread.

Experts have said the only danger with consuming banana skins is the risk of pesticide so it’s best to only consume organic. Banana skins contain compounds that help to raise serotonin levels, similar to how the antidepressant Prozac works. 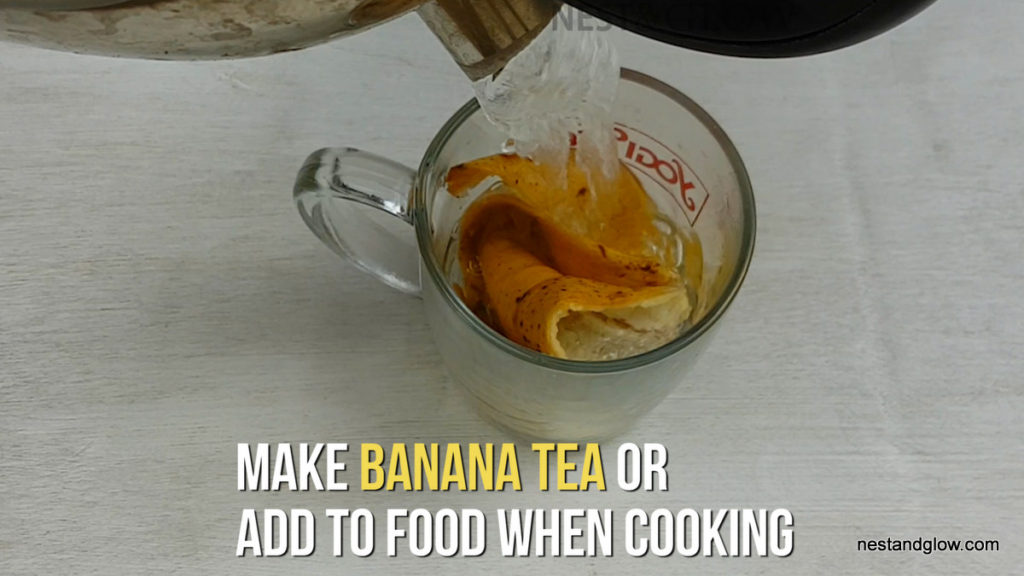 You can just eat the peel or oranges but this isn’t a delicious treat. I usually use the skin in small amounts in baking or grated on top of desserts or salads. A small amount of bitter from citrus peel helps to elevate the flavour of a dish.

Orange oil is made purely from the skin of oranges and pressed to extract the pure oil. It’s often made as a by-product of the orange juice industry and many brands add a few drops of orange oil after pasteurising to give a fuller flavour to heat treated juice. Orange oil is said to have many health benefits such as immunity boosting, anti-inflammatory and antiseptic. It can also be used as a natural insecticide with indoor plant pests. 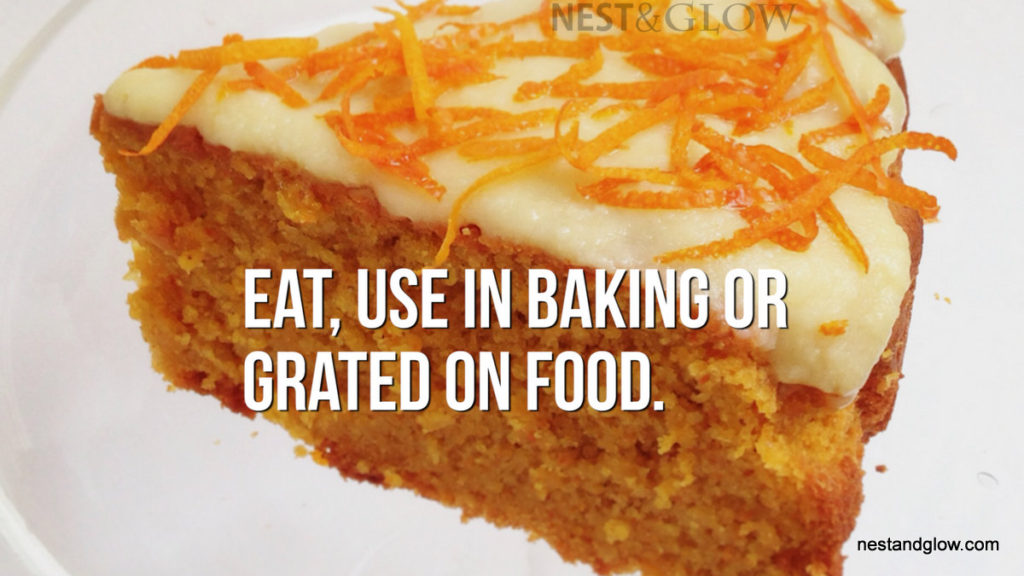 Most people throw away almost half of an apple as they believe the “core” to be inedible. However, the whole fruit is perfectly edible and is healthy do to so. It is true that the seeds contain amygdalin (also known as b17) that can turn into cyanide when digested. While most would be worried hearing cyanide the amount is tiny and you would have to eat more apples than is possible in a short period of time. Also the seeds would need to be finely ground to absorb the compound as the natural shell means they will mostly just pass through you. Anything in high doses can be toxic, such as water, so don’t be scared of apple pips. You would have to eat 20 apples and all of their seeds very finely ground to receive a fatal dose, but if chewing normally you would need to eat hundreds of apples.

Some believe B17 is very healthy, but more research is needed into this. Its found in many pips and stones such as cherries and apricots. 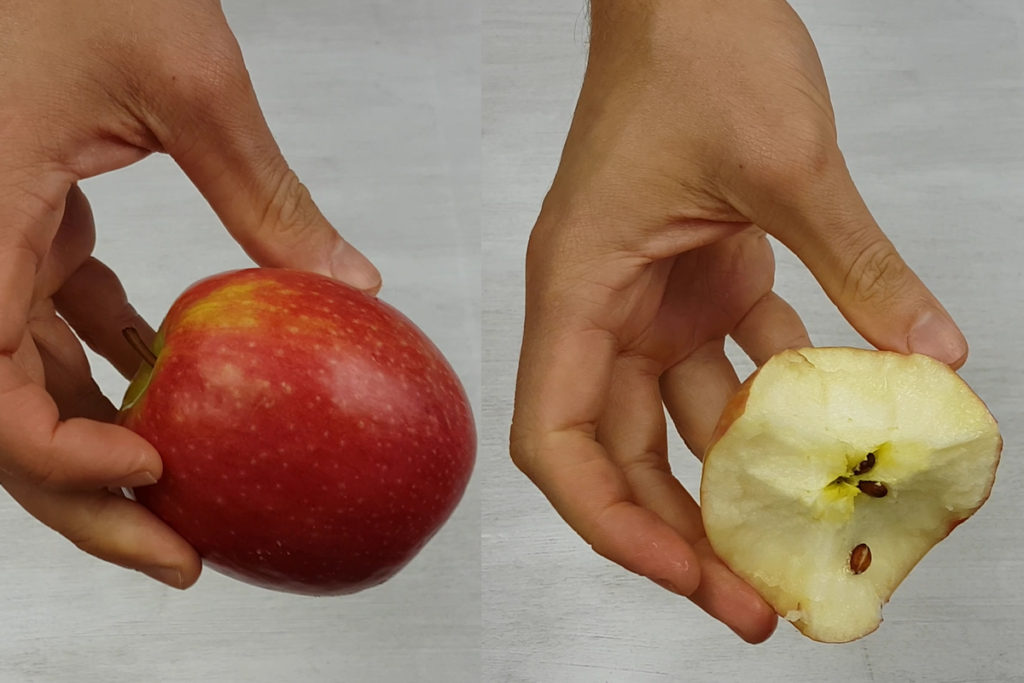 I always try to buy carrots with tops as it means the carrot will be fresher. Many places sell them like this for aesthetic reasons but actually, the carrot top is edible. It tastes like a cross between spring greens and carrots. Finely chop the carrot tops and use them as an alternative to parsley. It does contain a large amount of stringy fibre so it’s important to finely chop. If you are juicing then juice both the carrot and green top together.

It’s hard to prepare a pineapple without wasting some flesh and removing all the tough skin due to the dimples. However, you can ferment the skin along with the core to make pineapple vinegar. Simply place the pineapple in water for a few days then strain and use as a dressing for salads and stir-frys. Some do ferment the pineapple skin for many weeks/months along with sugar and cloves. But I prefer to just have a week long ferment that is refined sugar-free. 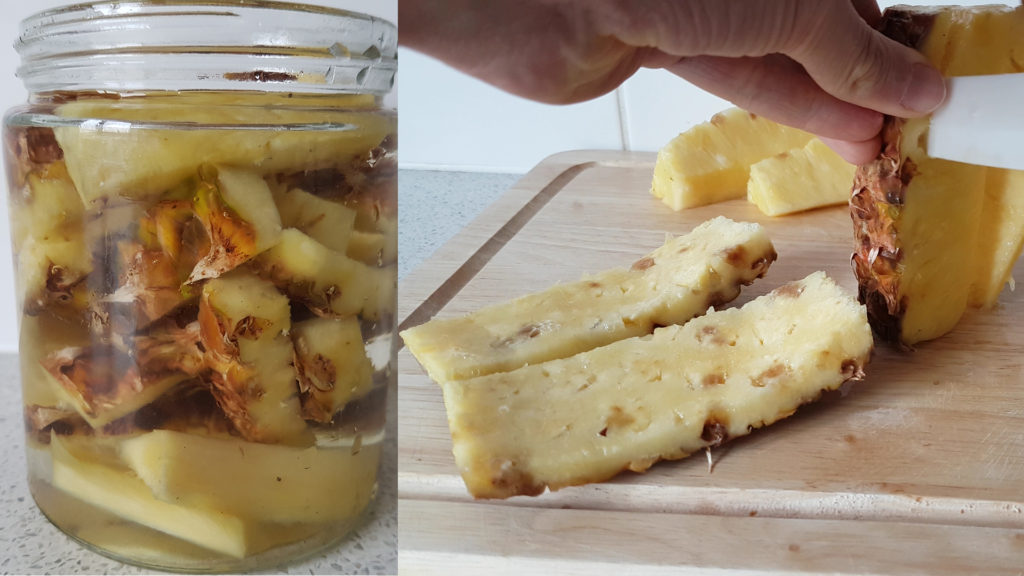 Only remove the very outside papery thin skin of the onion to avoid overpealing and binning nutrients. The outer skin of onions is the part highest in antioxidants. Make use of these by boiling to make a soup stock. You can save all your onion skins in the freezer until you are ready to make a stock. 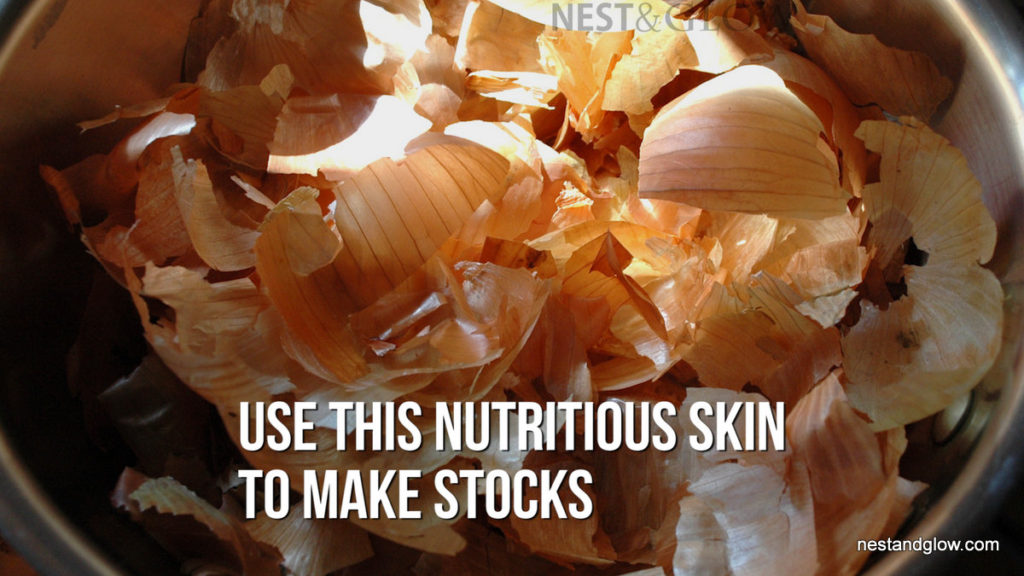 Many people just eat the flower part of broccoli and bin the other half, unless you are the type of person that snaps off the stem in a shop. The stems and stalks are woody, but just peel these and they are tender underneath. On an unrelated note did you know broccoli originates from Italy, take our Food origins quiz. 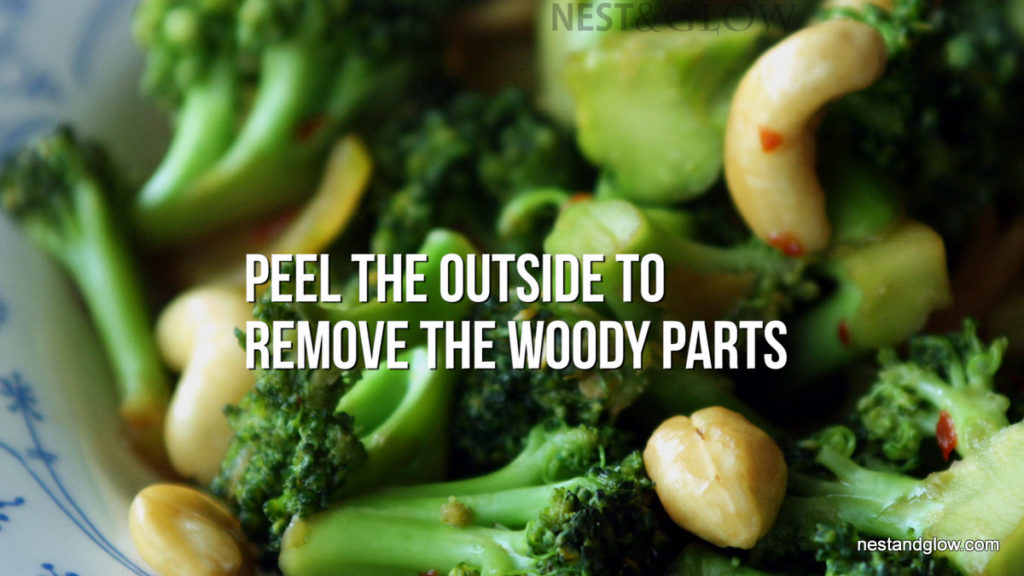 Don’t bin the stems they are just as delicious as the tips. The same as broccoli, the stems can be thick and woody. But just peel them with a vegetable peeler and then cook as per the tips. 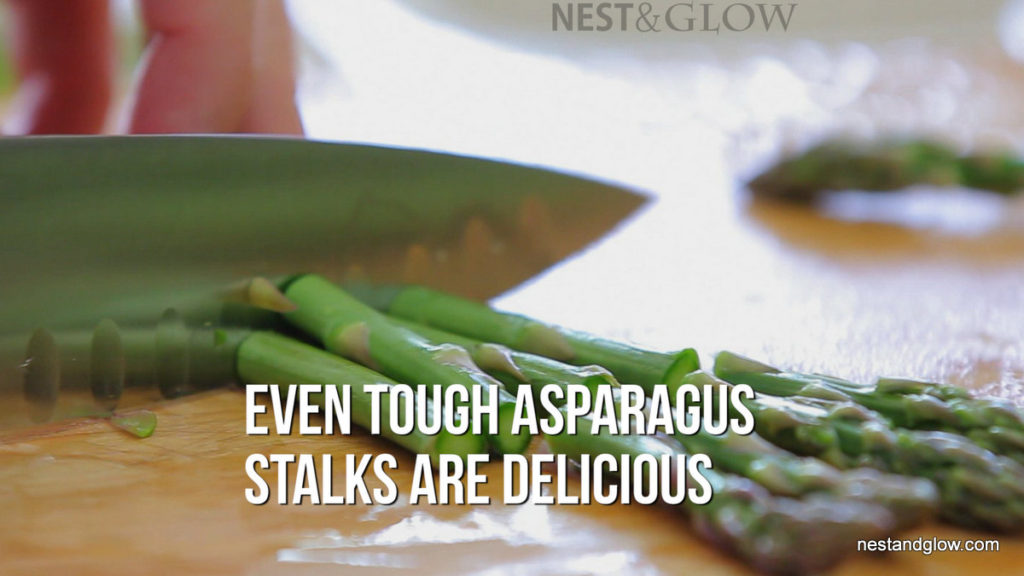 You can use the leaves from a cauliflower just like spring greens. They go perfectly in a stirfry but you will want to chop finely the thick stems. See our recipe for cauliflower leaf stir fry. 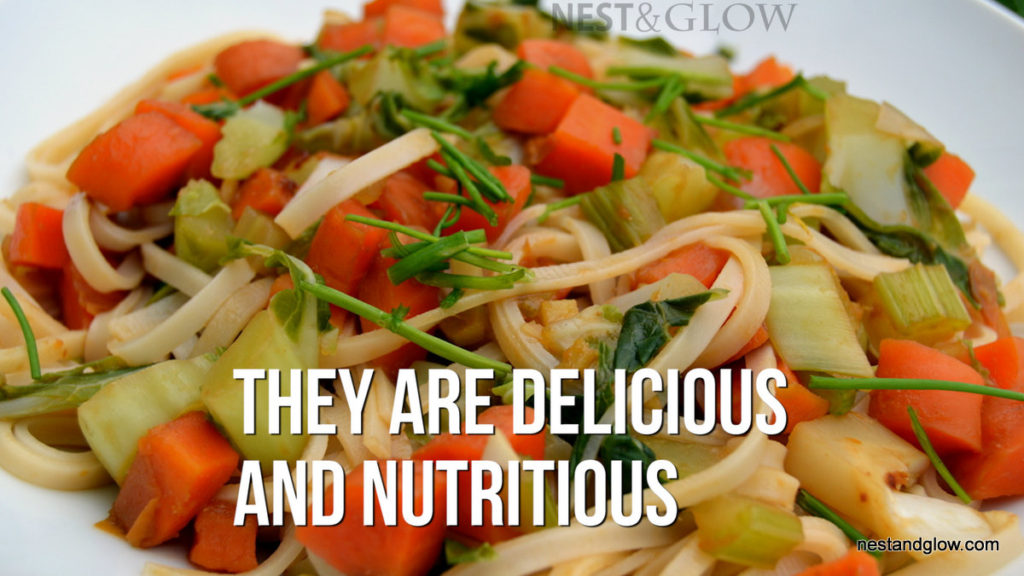 Most people only eat the sweet red flesh but the rind and white flesh have the highest concentration of nutrients. It’s said to help with circulation and help heart health. Some even consider it a natural viagra. You can eat it as it is, juice the rind or blend the rind when making a smoothie. 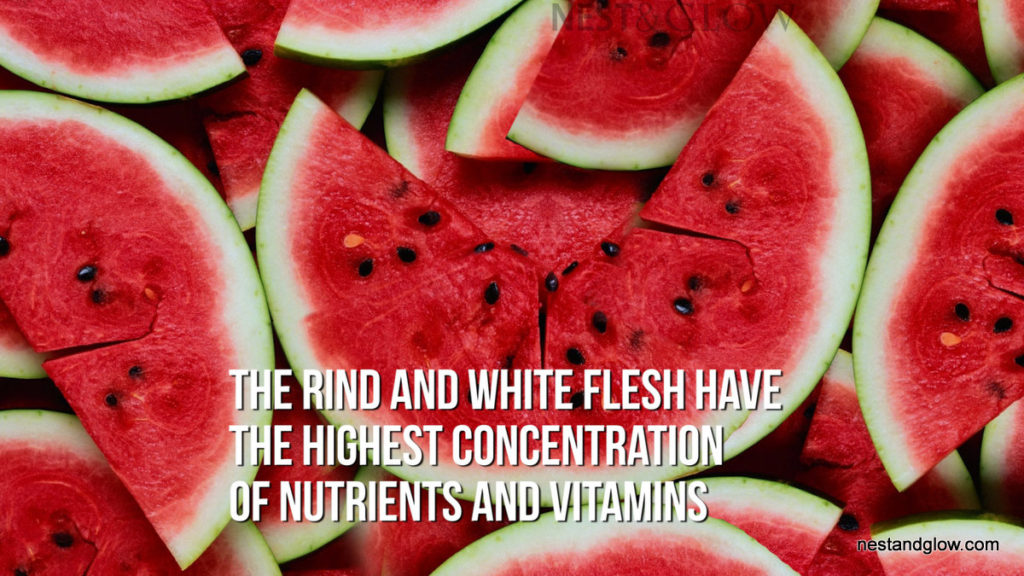 Save Money and Don’t Bin These Healthy Foods Video