Food intolerance is said to be on the rise and millions of people in Britain believe they are intolerant to certain foods. One way to test yourself for intolerance’s is to go on an elimination diet where you restrict certain food types over time and keep a diary. This can be time-consuming so a quicker alternative way is to take a test. There are many tests out there, most have little scientific data to back up their claims. However the YorkTest Food and Drink intolerance scan has shown to have positive results with a clinical trial and is recommended by Allergy UK. 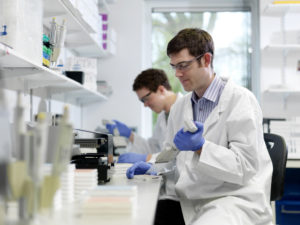 What is The YorkTest Food and Drink Intolerance Scan

The YorkTest works by testing a blood sample for IgG antibodies, these are the main type of antibodies found in blood. The test is performed at home and sent via mail. Once you order a kit they send out a pack with a sample collector, a single use lancet and other materials to quickly take a blood sample. This is then posted to the lab where they do the yes / no test to determine if you have any intolerances. If you don’t then no further action is needed. If you have some intolerances you can then choose to buy a full test to detail these.

I’ve spoken to two GPs about the test; one has recommended several people try it and has had good results. The other said it had no scientific credibility and didn’t think it could be accurate. I decided to give it a go as several family members have had it and feel better for avoiding the foods listed.

The foods I had a reaction to are eggs yolks, egg whites, buckwheat, Brazil nuts, millet and almonds. The eggs are easy to avoid as I follow a plant based diet. The buckwheat and almonds are a bit annoying as I have them a lot, but still easy enough to avoid. I followed the diet for 6 weeks and twice I had almonds and both times I had an upset stomach and bloating. I will carry on avoiding

The food and drink scan does test for 158 different types of foods. One food that I have a very bad reaction to is yellow split peas and this is on the test but did not show up a reaction for me. Apparently you have to have had the foods recently for a reaction to show so this could be why split peas didn’t. However I haven’t eaten eggs for many years and both the whites and yolks showed a strong reaction.

The full test includes a pack with all the results plus a half an hour telephone consultation with a nutritionist to talk through the results. The nutritionist I spoke to did seem knowledgeable, but as I already have some training in this area and run a website that’s focused on healthy food she wasn’t able to give me much new information.

Results From Avoiding the Reactive Foods

I followed the diet for 6 weeks and twice I had almonds and both times I had an upset stomach and bloating. I was only borderline for almonds and both times did have them in rich deserts (4 attempts it took to perfect the chocolate peanut butter fudge whirls and one failed batch contained almonds). I have not, to my knowledge. had any buckwheat, egg or brazil nuts. I will continue to avoid these foods for several more months and then report back when I try to re-introduce them. The nutritionist in the consultation recommended to try the reactive foods after several months.

If you’ve got the money, as a test isn’t cheap at £299, and feel certain foods are making you unwell it may be worth taking the test. If money is tight then try an elimination diet and keep a food diary.

My parents have also had the test done and this is my mum’s thoughts on the test.

I was eventually diagnosed with IBS by my Dr, but I was not given any guidance as what to do next!

I decided to try the York test which shows food intolerances to see what food I could eliminate from my diet.

My husband and I both took the initial test.  We took the simple blood test, the results took about 10 days to arrive by post.

My husbands test result was negative (no further action to be taken), and mine were positive.

So I went ahead with a detailed test, which was taken from the original blood test.

These results showed that I had a reaction to certain foods, these were soya bean, yeast, cow’s milk, lettuce, wheat and string beans, with a borderline reaction to corn, grapes, beef, gluten, almonds and walnuts.

I was advised by the nutritionist to avoid all these foods for 12/14 weeks and then I could slowly try and reintroduce some of the foods gradually. The telephone conversation was very helpful where I could ask questions.

My symptoms disappeared after a few days. I kept to the guidelines as suggested for  3 months and then tried some wheat (samosas) and my symptoms returned.  So I am very happy to continue to avoid these foods.  Possibly in the future I will try and introduce more of these foods. 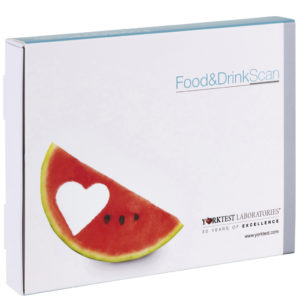