This is England’s largest hill fort and it stretches over 50 acres. To really appreciate it you need to get 100 meters from the ground, so that’s exactly what we have done for the video on this page. This fort is Britain’s most elaborate and was once home to hundreds of people. See the video for artists impressions of what it would have looked like when it was at the peak of its use.

Excavations have shown that the castle was first used some 6000 years ago. It was around then that the area was deforested and shelter was built in order to inhabit the area. Experts believe the area was used as a symbolic place for production of Neolithic tools such as flint axes.

During the iron age the castle was fortified with deeper ditches, one rampart and walls to make the area enclosed. Also the castle was doubled in size during this period with an extension to the west and more ramparts were added. The castle became less important during the end of the iron age where the population is believed to have peaked.

Maiden Castle is a few miles outside the town of Dorchester, Dorset UK. It’s owned and maintained by English Heritage. There is no fee to walk around the hill fort and free parking for about 20 vehicles. It is open year round for visits during daylight hours. 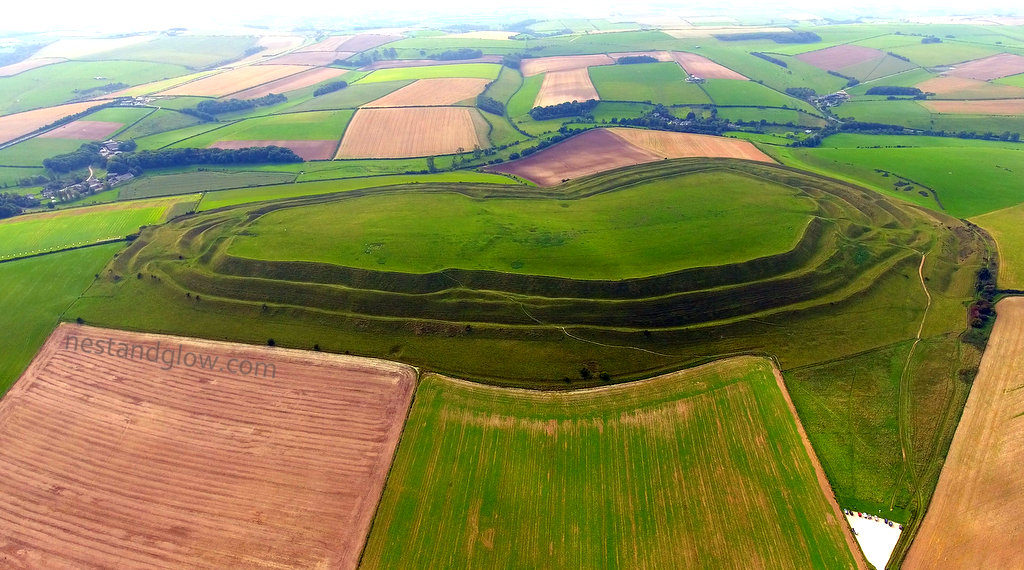