The BBC used to be the home of ground breaking, interesting and original documentaries. That was over a decade ago. Now they are watered down to the lowest common denominator, constantly use animations, have to make every shot moving with music and talk down to the viewer. Most of them could be summarised in seconds.

No deviance from this modern formula for The Truth About… Healthy Eating on BBC One last night. Firstly what exactly is “healthy eating” the title suggests that it is one diet when in fact healthy eating is such a broad term that means different things to different people. This episode is at the bottom of the page.

The show starts off with the presenter browsing the aisle of Whole Foods in High Street Kensington. This is one of the most expensive shops in one of the most expensive parts of the world. She proceeded to pick up various branded foods that some consider a superfood and tried to convey shock at the high prices. Branded foods do have a premium, this isn’t a surprise to anyone. All of the foods were organically certified and this further adds to the cost. 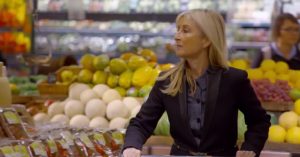 Next to compare the organic expensive foods from an expensive shop the presenter went to Tesco (a low price supermarket) and exclaimed how all the unbranded and non organic foods were significantly cheaper. She compared virgin organic cold pressed raw coconut oil to unbranded generic vegetable oil. Repeat this several times showing that unbranded foods, that aren’t organic and produced on a mass scale are cheaper. Generic vegetable oil could not be used to make our Zesty Raw Lemon Cheesecake!

Now comes the science bit. In order to determine if goji berries are worth the money a scientist will compare just vitamin C in fresh strawberries vs dried goji berries. The results show no big difference in vitamin C between these two foods. Presenter declares “goji berries are no nutritionally better than strawberries” and she will be sticking to strawberries instead. The issue with this is they only compared one vitamin to determine what was better. The goji may of cost more, but they were dried and the strawberries were fresh and full of water. They needed to compare many different nutritional attributes to get any meaningful conclusion. But they didn’t and strawberries are declared the winner. 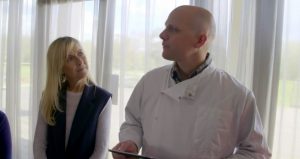 Next up they are going to find out if quinoa or peal barley is nutritionally superior just by seeing how quickly energy is released. Unsurprisingly the results are the same so the conclusion is “they are both comparable” with “no significant difference”. No one eats quinoa as they think its going to release energy slower than a similar carbohydrate. They eat it as its high in protein with all essential ammo acids, contains many vitamins and is a nice nutty carbohydrate. The image below shows that quinoa is higher in nutrients.

Quinoa has almost double the protein of pearl barley and is naturally gluten free. As quinoa is a seed rather than a grain it is much easier for the body to digest. They are different foods with different tastes and uses. Again they were comparing apples to oranges.

Last up in this segment they apparently compared chia seeds to flax seeds and kale to spring greens. The viewer was not given any information (just more food in slow motion) as to what tests they did – they were just told that there was no difference. Before they only conducted tests on one aspect before coming to a conclusion so its assumed similar flawed tests were carried out. The main point of this show so far was comparing the price. Kale and spring greens from the same shop are roughly the same price so this seems like a pointless exercise. All dark leafy greens are excellent for you.

The presenter sums up that normal foods are all just as good as super foods and people are paying 6 times for no benefits. Again this is using the price of organic, branded, exotic foods vs non organic, regional and unbranded and the study only looked at one aspect of the food. I gave up 11 minutes in.

Looks like the show is built around the idea that superfoods is a marketing term, that’s not something we disagree with as written in the nettles superfood article. However to get to this conclusion they picked skewed tests to give the same results. A healthy diet is a mixture of many different foods as they all contain different nutrient profiles. No one is suggesting someone should exist on just goji berries and chia seeds, but they do have a place in a varied died. Some foods just do cost more.  Pine nuts, medjool dates and pecans are expensive so I have them in small amount when the budget allows in order to consume a wide variety of foods.

Outcome from this show is branded, organic, foods from far flung destinations cost more than locally mass produced foods. I don’t think anyone would find this enlightening. Endless repeated slow motion shots of food rather than any detailed and balanced scientific information.

11 thoughts on “The Truth About… Healthy Eating BBC One Review”